check out our current 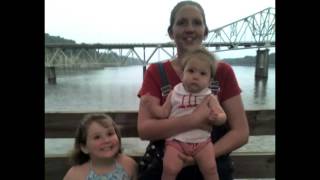 Thursday evening, Alabama Legislators gave final approval to “Hollie’s Law,” which makes the murder of a parent or guardian a capital offense if it is committed in the presence of a minor younger than 14. The bill, which has taken three years and a concerted effort by many to pass, was sponsored by Rep. Phillip Pettus (R-Greenhill) and is named for Hollie Newbury, a 24-year old mother who was shot and killed by her ex common-law husband, Christopher Rich, in December of 2009

Thank You for Supporting One Place!

Welcome Home to Our Hero!

Thank You for the Toys for Kids

Art to Benefit One Place of the Shoals

Thank You for Supporting One Place!

6th Annual “Tribute to the Stars” Show to benefit One Place

Welcome Home to Our Hero!

One Place of the Shoals, Inc.

provides a a safe and caring environment for victims of domestic violence, rape, and sexual assault, child sexual and physical abuse, and elder abuse, where multiple agencies provide services under one roof in one place.

One Place of the Shoals cannot provide these vital services without the complete support of our community. One Place will turn victims into survivors. Won’t you help us?

TAKE A VISUAL TOUR OF ONE PLACE

READ ABOUT ONE PLACE "IN THE NEWS"